What happened to George Tipene Harris is as shocking as what happened to his cousin, Nicholas Ward Harris.  Both murdered by taxpayer funded thugs in uniform.

Two Police officers were convicted and jailed for their part in the fatal assaults viciously inflicted on George Tipene Harris that night, and the evidence of the corrupt cover up is extremely damning indeed.  The Chief Coroner also considers that there is cause for concern regarding this matter, recently writing: 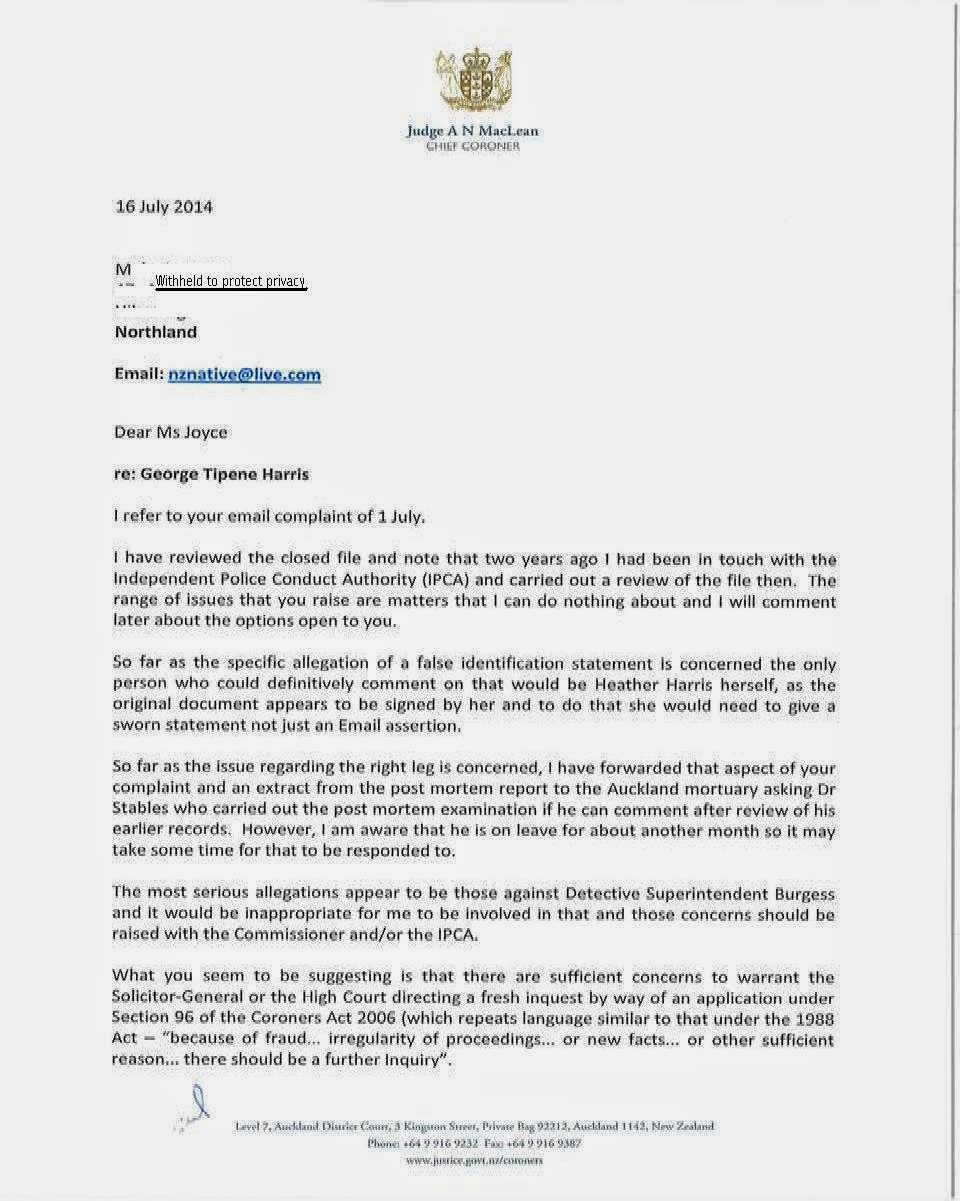 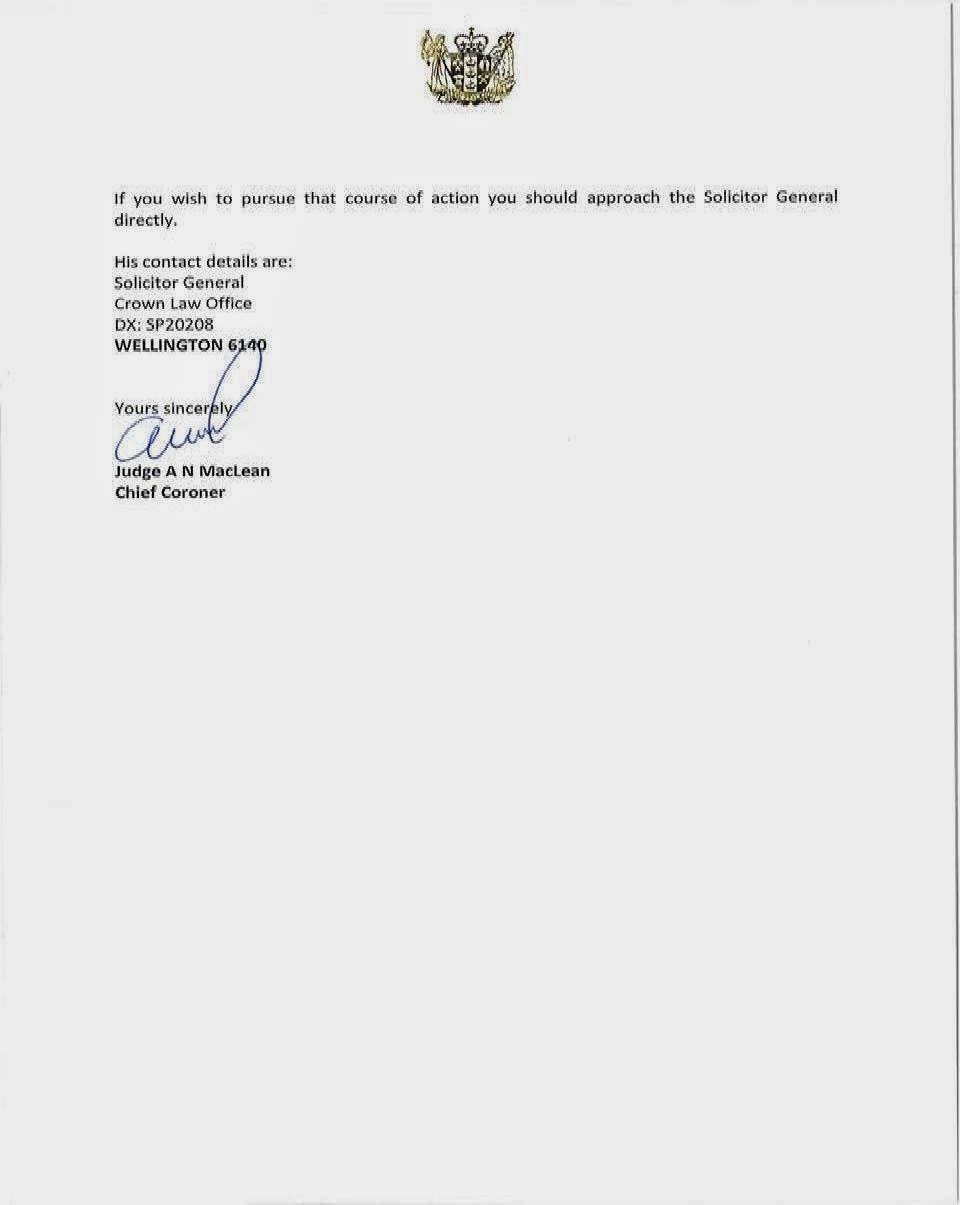 On the other hand, here's some transparency into the Police 'investigation' - Police lied to cover up for an off duty mate who delivered a sadistic beating to George Tipene Harris - a FATAL sadistic beating - here's how your taxes are being spent covering up murder and corruption!  Dead men don't tell stories - but others do, and good on them.  The meaning of life is redemption.  It's the putting right that counts.

Here is the report of  Constable Douglas PEACH, who 'investigated' the vehicle which is alleged to have hit Mr Harris, killing him - Constable PEACH states in his formal report that the registration number of the vehicle was CHM 187: 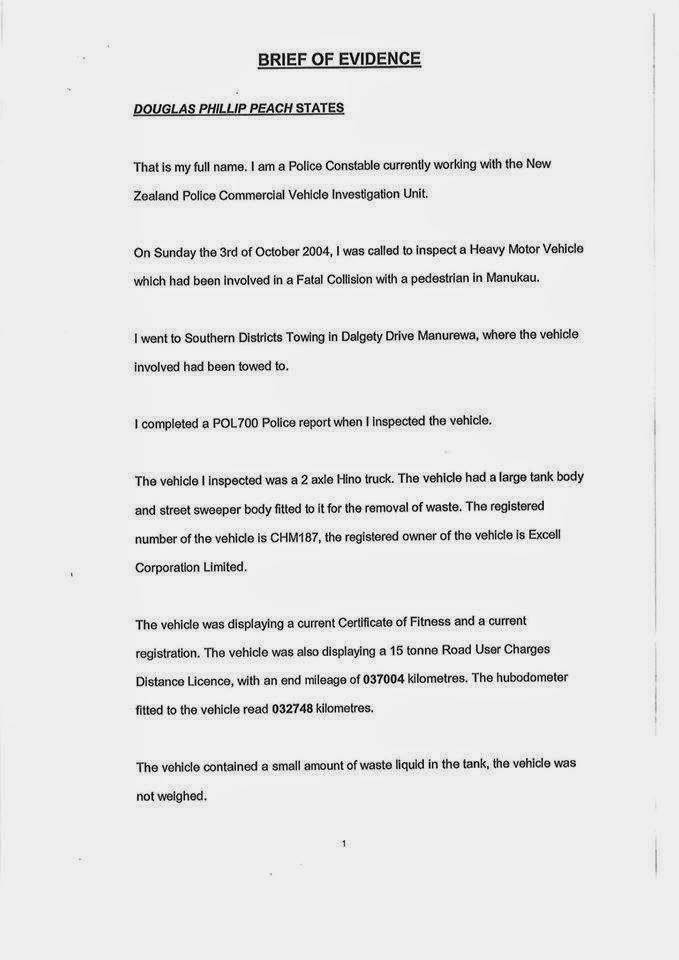 Now, here is another report.  This one was written the following day, by Senior Constable Karl WILSON, who seems to have been 'investigating' a completely different road sweeping truck.  - This one had the registration BRM 987. 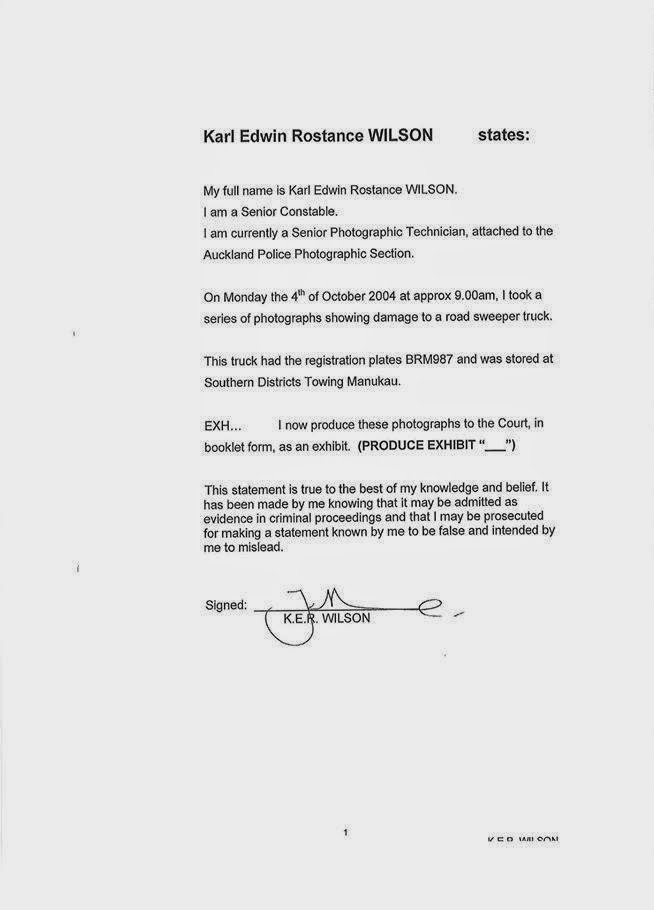 In November 2009 Police Constable Clinton HILL pleaded not guilty to charges of manslaughter, assault, and perverting the course of justice.   Evidence was given that HILL had killed HARRIS and lied about it - and bribed other witnesses, including other Police officers - to lie about it.

It was reported on the 10th December 2009 that the jury had been unable to reach a verdict on the charges of assault, and perverting the course of justice, against Police Constable Clinton HILL, but acquitted him on another charge of manslaughter.  The family of George HARRIS was shocked at the verdict.

What the jury were undoubtably not told about was the fact that two of those other Police officers that were 'incentivised' to lie about the matter had been sentenced to jail for their part in the killing less than a year earlier.

Constables Reuben James Harris and Benson Lyle Murphy had initially protected their mate, Constable Clinton Hill, who assaulted George Tipene Harris while off-duty in the back of their police car.

The court heard that Hill had been out drinking on October 3 2004, and allegedly arrested George Harris in Manukau after he attempted to grab a phone from his pocket to call a taxi.  Hill was off duty, out drinking.

Murphy and Reuben Harris stopped in their patrol car and agreed to take Hill and Mr Harris to the station.

Reuben Harris said Murphy got out of the car and Hill asked him to drive down an alleyway and then began assaulting the victim.

Murphy said a sergeant who arrived at the scene told him and Harris what to say in their statements to investigators, which involved leaving out the alleged assault.

In March this year, a former officer told police that Murphy had told him before the 2005 inquest that his account to investigators was false.

Police reinterviewed Murphy, who had become a recruit with the Queensland police, and Reuben Harris, who had resigned from the force in December 2006, and the pair admitted making false statements.

The men agreed to testify against their former colleagues.  They have met the victim's family, who have accepted their apology.  Sadly, the whistleblowers are locked up and shut up, while a homicidal liar who encouraged so many other NZ Police Officers to also lie to cover up his sadistic killing, walks free among us.
Links will be updated in this report to evidence and information regarding this matter, in the next few days.

Transparency NZ are assisting members of Mr Harris's family to write to the Solicitor General about this matter, and take further action in the Courts to ensure accountability, and see that justice is served for George and his cousin Nick.

Here is the Police report into the death of George Tipene Harris, it is disturbing on a whole lot of levels (click the < arrow in the top left hand corner and then use the scroll bars to view, or access directly at this link).

Posted by Transparency in New Zealand, Kiwileaks. at 9:19 PM No comments: