Constables Dallinger and Pope See Themselves as Victims: 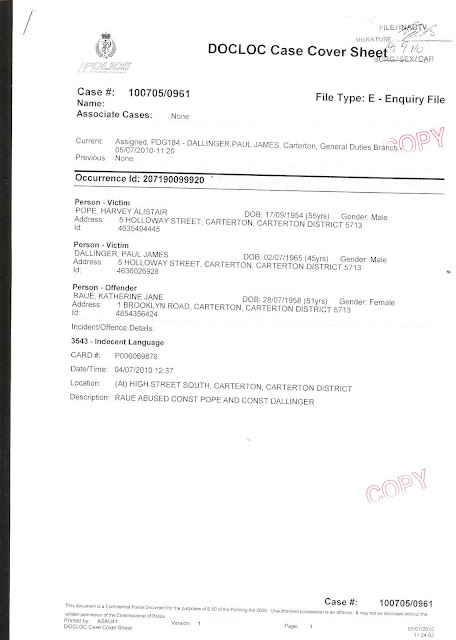 Read more at this link.

Listen to the phone call to the police at this link - Timothy Mark Reynolds - another self appointed "victim", rings up because I have gone to the address where I previously lived and Reynolds rings police to report "trespass".  He vaguely mentions a bike at the end of the call.

Now view the phone log, which shows that the dispatcher tried to ring Reynolds back three times to confirm whether or not he was intending to make a complaint, and were unsuccessful. 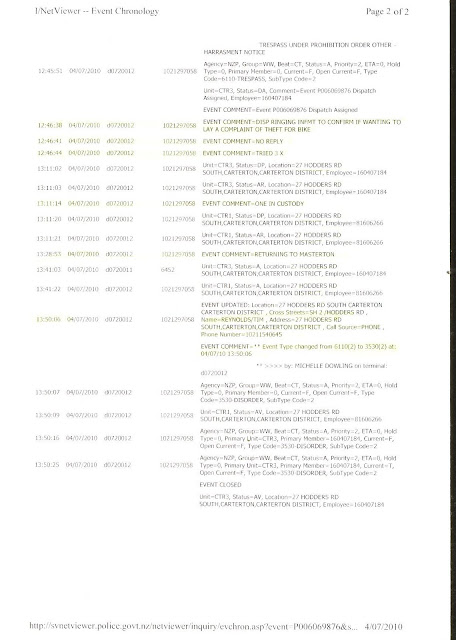 Regardless of the questionable existence of a complaint, Constable Pope and Constable Dallinger immediately leapt into action.

Less than half an hour later they had "one in custody."

But the funny thing is, because I hadn't stolen a bicycle, I've never been charged with stealing a bicycle.  Which makes it completely unlawful for them to have detained me in the first place, because no crime had been committed.

Constable Pope wrote a crock of lies in his notebook (below) - there was no stolen bicycle.

Dallinger and Pope took the bike I was riding, against my wishes, then kicked in the bedroom door of a 14 year old girl because they felt they'd been victimised and abused - how utterly and completely pathetic.


Posted by Transparency in New Zealand, Kiwileaks. at 3:09 AM No comments: